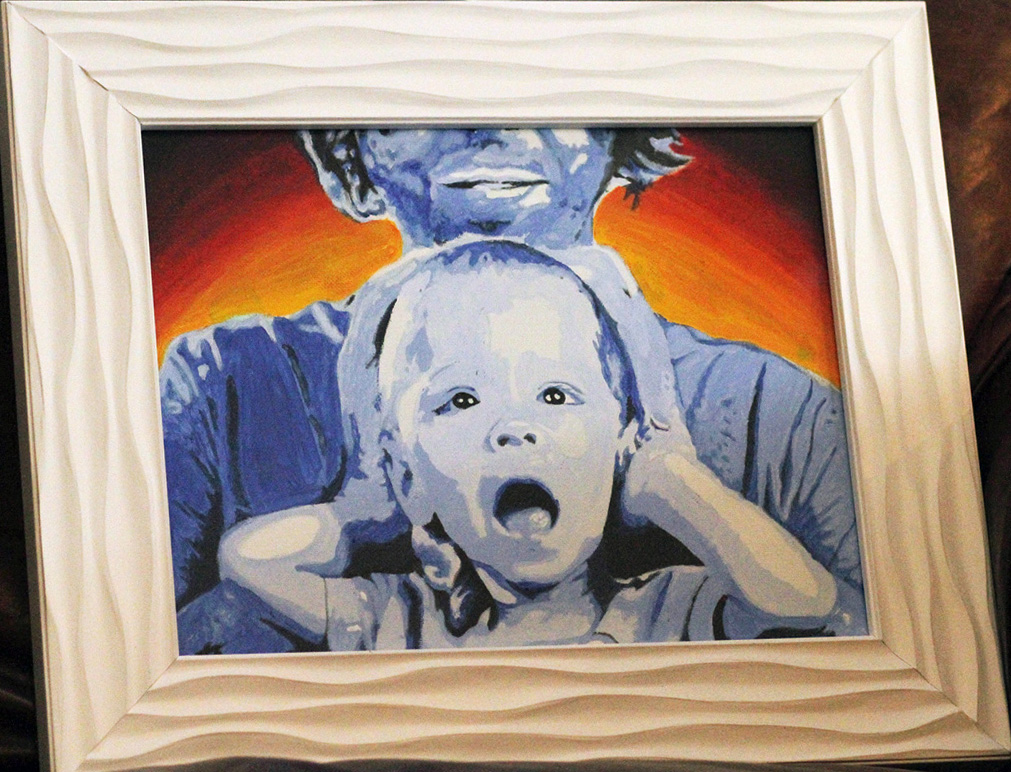 When I was young, my parents always told me I could do anything. In 31 years, I have embraced much of life. I have felt the fullness of our desire to know and be known, I have marveled at the ways we express our journeys, and I have spent more time than I am told is healthy enjoying the many ways we cook, eat, and drink. I have struggled in my understandings of purpose, faith, and tragedy. And when I say struggle, I am not speaking so much about a problem; more a constant attention. These things are on my mind often – drawing my reflection, clamoring for definition, and at the same time moving me, I think, toward a realization I can never fully answer them. What is faith if it is proven?

Ezra had his first round of chemo before he was able to hold a conversation. He learned to walk while being treated on a national protocol for neuroblastoma, consisting of chemotherapy poisons being run through his body in the hope they would kill the cancer before they killed the rest of him. Of radiating his bones and nervous system to do the same. Of intimately tracking his health to bring him just to the highest strength necessary to be able to do the whole cycle again. And he smiled and laughed through all of it.

Now, three years to the day after he died, most of the tears I cry are for the moments he will never know. I still have a hard time watching a father play catch with a son. Ezra will never taste pasta, or feel small while marveling at the Grand Canyon, or kiss a girl. He’ll never read Tolkien, or Asimov (I love sci-fi), or CS Lewis, or even Rowling. He’ll never drive a car, or get lost while doing so, or run out of gas and have to call me to come help. He’ll never know the sting of embarrassment, or the joy of seeing a baby born. Our world is one he’ll never know.

Ezra taught me a lot more than I ever got the chance to teach him. He was sweet, and kind. He laughed a lot. Every single morning we were home, and many in the hospital, the first thing our family did was turn on his favorite children’s CD, and dance in the living room for half an hour or more. Ezra’s head was always bobbing around to music when it was playing – in the car, in the restaurant, in the hospital.

He taught me we will hurt, and we have a choice how we react. He showed me tragedy is brutal and unfair, and there is great worth in the relationships we make with each other. Ezra taught me we should let go of ourselves often to hold on to someone else. Strength can be shared, and heartache can be too.

The cliché is true – life is short. There’s no reason to wait for something to happen – we can simply make it happen. I do believe Ezra’s name will be attached in some small part to a cure for neuroblastoma, which will mean thousands of families who will never have to share our particular story of tragedy. Like the story of the boy throwing beached starfish back into the water who was asked why when he could never throw them all back in – “it matters to this one.”

There is an amazing girl we know and love, who Ezra’s story meant a lot to, and who has done a lot in the pediatric cancer world since his death. Just recently, she mentioned offhand she’d be visiting his grave on his birthday, and wanted to make sure that was ok with us (she didn’t want to break the solitude if we were planning on being there too). We told her of course she could visit, and started to give her directions. “Oh, I know where it is. I visit every Tuesday, and just bring some flowers or a toy or sit and think a bit. It’s my quiet time during the week.” It’d been 2 and a half years since he died.

At least 5 people we know are in medical school focusing on a career in pediatric oncology because of Ezra’s story, including Robyn’s brother.

We have met family after family who have been affected by neuroblastoma, and shared their stories as well. Their names are ones we will never forget; people we love and admire. We’ve built great friendships, shared tears and laughs, and held their kids’ hands. On what would have been Ezra’s fifth birthday, at our Karaoke for the Kure event, one of these friends came whose daughter was treated with Ezra. She is now in first grade, and a beautiful girl!

Our incredible friends and family have cried with us, picked us up out of bed when we’d been there too long, laughed with us, danced with us, sat quietly with us, shared beautiful moments with us, prayed with us, and stood by us when we were not giving back nearly as much as they were giving. As seasons change, I hope very much we can be those same pillars to them.

By the end of this year, we’ll have given over $300,000 to fund research into a cure for neuroblastoma because of the many, many amazing people who have supported Because of Ezra and our continuation of Ezra’s fight.

Robyn and I have changed a lot in the 3 years since Ezra died. One of our strongest commitments to each other has been to never become bitter. It is so easy to focus on your pain enough to make everyone else’s not matter. This morning we shared our story with a couple from Canada we met, and they asked “how do you find such strength with that much sadness?” The answer is a mixture of amazing friendships, faith, and commitment to each other. Strength is hard to feel – the strongest people we know say the same things we always do “I don’t feel strong. I just know who I can rest on when I am too weak to do anything else.”

Ezra – I believe we will see you again one day. It doesn’t change my hurt at all, and your mom and I miss you all the time. I hope you’re as proud of us as we always are of you.