Five years ago, my son died of cancer. Our son. I write every year on November 8th… one year without Ezra… two years…. three years… four years… and today is five years.

I sat in a bar in Grand Rapids a few months ago with Pat Lacey, who is one of my great friends beating neuroblastoma with us. His son Will Lacey has, basically, chronic cancer. It’s not growing; it’s not going. We had spent all that Saturday afternoon (and wound up spending most of Sunday) in a hospital conference room with a handful of doctors and researchers discussing childhood cancer research, and drafting a new trial.

Pat and I talked about how nothing seemed as important as working toward a cure for neuroblastoma. As the September air fogged the windows of that Michigan taphouse, we knew this was what we’d be doing until there was no longer a need. Nothing fills me with that “rightness of action” feeling like what we’re doing through Because of Ezra. Through the NMTRC, Beat NB, and the team we are a part of. A team of families we are surrounded by, fighting childhood cancer, like Sofia‘s. Or Rea‘s. And other passionate people fighting childhood cancer, not always because of Ezra, but because of someone.

Robyn’s said it about herself, and I echo her: this is how I continue to be Ezra’s dad. I am broken, a mountain moved onto my chest, an unshakable feeling scratching at my mind that something is missing, something went wrong.

Ezra was a laugher, a constant smile. His head be-bopped when music was playing. I wish I’d have been able to know him as a man. I know he’d have been a good one.

It’s been over 6 years since he was diagnosed, 5 years since he died. I look at pictures to spark my memories, and watch videos. I have certain moments that play on repeat over and over again in my head. Ezra riding around on his bike in silence. Ezra’s hands covered in dirt as he plays in the yard.

My Timehop app showed me photos from a year ago this week, and I thought “huh? that was only a couple months ago” – a year is so little. But a year is all we had of Ezra without cancer, and a year with. One year of him walking. One year of conversation. Charley is 5 now, and he keeps getting cooler. I wish he had a big brother showing him the ropes. I wish I knew a 5 year old Ezra. Or 7, as he’d have been now.

We didn’t go to Ezra’s grave today. Not a day goes by that I don’t think of Ezra, miss him, but we have been to his grave less than a dozen times since he died. They call headstones “markers.” I think, I hope, our life is a marker for Ezra’s life.

I asked Robyn what she wanted to do today, and she said she wanted a cat. I laughed it off, and we cleaned up the house a little. But the more I thought about it, the more I liked her idea (this happens often).

Today, we got a cat. She only has one eye. We named her Penny.

We brought Penny home, to a house Ezra never knew, and set her up. She’s been hiding under the couch for the last 90 minutes. But I know she’ll come out soon enough, and we’ll get to know her. That’s what we’re doing today. 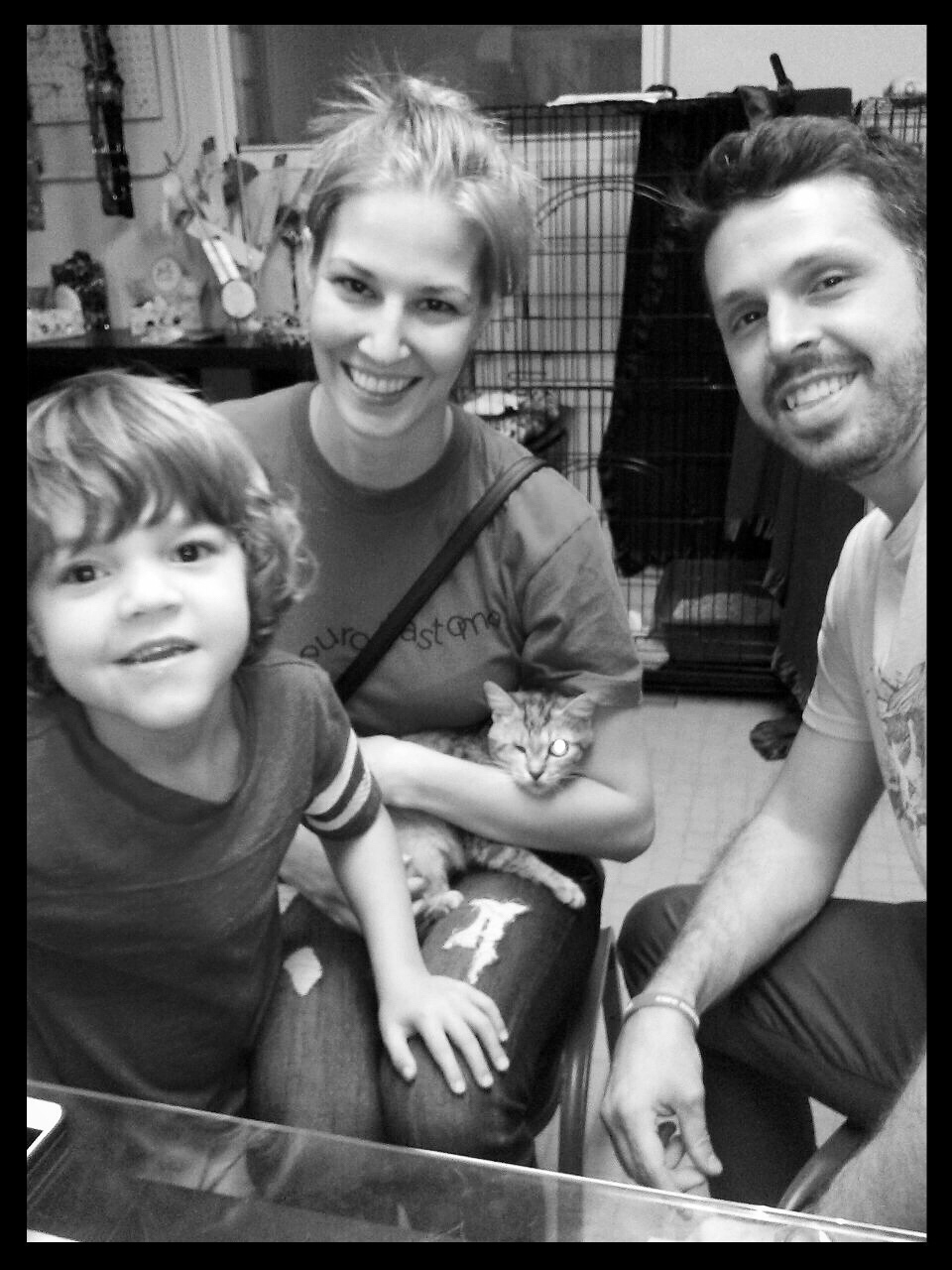