Pain is easy to portray, but to use your passion and pain to portray the ecstasy and joy and magnificence of our world is one of the greatest things in the world.

we love you Ezra, and continue to see an ecstatic, joyful, magnificent world covered in pain Today marks the day we’ve been without Ezra as long as we were with him. 800 days from the day he died, after living exactly 800 days. It’s a strange day for us.

We thought it would be fitting to do Because of Ezra’s giving for 2012 on this day – this is only something we could have done Because of Ezra. So this morning, Robyn and I presented a gift from Because of Ezra in the amount of $75,000 to the neuroblastoma work being done by Dr Giselle Sholler at the Van Andel Institute in Grand Rapids, Michigan. Our gift was matched by an incredibly generous local family trust, meaning the total gift will be $150,000. This is specifically to fund a trial using DFMO, an investigational new drug which prevents relapse of neuroblastoma. We personally know many of the children on this trial, and it’s a drug which has no significant side effects, and so far has been extremely effective. 50% of children who fight neuroblastoma to the point of no evidence of disease relapse – and there is no current cure for relapsed nb. Preventing relapse would be a huge accomplishment. Dr. Giselle Sholler received the gift along with the CEO of the Van Andel Institute, David Van Andel.

We are honored to be able to contribute to work which is making a huge difference in children’s lives who are fighting the disease Ezra died of. In all their names, and from the bottom of Robyn and I’s hearts – thank YOU for supporting what we’re doing Because of Ezra. We couldn’t have done this today without all your support raising awareness and funds. Our board members Marissa Devins, Erica Copeland, and Derek Pupello (and their spouses) all deserve a huge thank you as well – they are incredible people who make doing all this easier, and we are so grateful to have them on board. They are also amazing friends.

Late in December, we also supported the work being done by Dr Robert Seeger and the team at NANT in Los Angeles, with a $25,000 gift. NANT is doing some great work, including a study on the biology of neuroblastoma, and we’re honored to support them as well.

Through your help Because of Ezra was able to give $100,000 in 2012 to researchers, physicians, and scientists making a difference in survival today for children fighting neuroblastoma. Thank you, thank you, thank you.

Robyn mentioned raising awareness and giving toward a cure is a way for her to continue being Ezra’s mother – to keep honoring his name, to keep fighting the fight he started for us. We know the hurt neuroblastoma brings to a family, and to be able to take that away from someone in Ezra’s name has so much meaning for us.

We look forward to doing even more to cure this horrible disease in 2013 – and telling more people about the need, the fight, and the ways to cure this. It is possible, and with people like you helping us, we know we can do this. 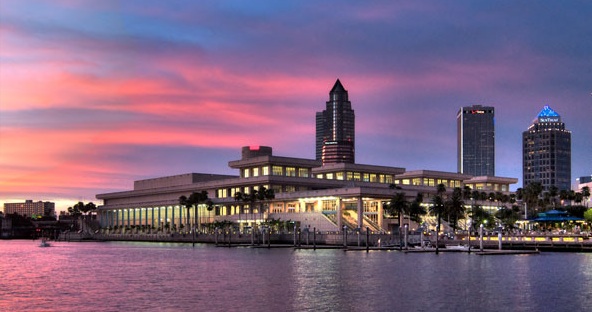 For New Years Eve, Robyn and I went out with some close friends of ours to the Tampa Convention Center, where there would be a “ball drop”, fireworks, and some music. 2012 had been a hard year – walking the line between grief that burns so icily deep it pauses your very will to move forward, and the thaw of knowing our life does in fact continue, fighting to give meaning to our loss of Ezra and Price (and perhaps a level of innocence in ourselves), and rebuilding the picture we’d had of our future family.

New Years is a unique holiday – these celebration or remembrance days tend to trigger our retrospective selves, but none comes close to the heightened scrutiny we feel on December 31st each year. It is a day when the past is tangible. I usually think not only of the past 12 months, but of the years I’ve had before – every end of year slideshow plays in my mind, every stop-and-consider-myself moment. It is one of those evenings when the future and the past are equally present.

The night was spent in good company with good talk; fast forward to the countdown.

Fireworks would be shot off above the bay, so shortly before midnight thousands of us pushed to the terrace. There was a ball drop with cash inside the door, which kept many people inside, hoping for a fluttering $5 bill to land in their stretched fingers. We stood just outside the door.

Just after the cash “ball” dropped, hundreds of people bottle necked out the door to watch the fireworks (they went on for 5 or 6 minutes after midnight). People were pushing and shoving – negating all their resolutions to be more aware of the human race around them – and generally having a good time. A girl in her young 20s somehow got pushed into our small circle of 4, and we brought her into our group to shield her from the throng around us.

It was loud, it was sweaty, and it was pushy. This girl had been nearly falling, and we brought her in and held her up. She smiled and yelled a “Happy New Year!” to us. People were celebrating all around, and the fiery sky was making our faces glow red and green as explosions went off 500 feet overhead. The girl grabbed Robyn’s face and kissed her on the cheek, turned to me, and did the same. In our ears she said “you guys are great. You’re going to be great.”

It was an odd moment, practically, although in us there was no strange feeling. Conversationally (at high volume), Robyn asked the girl her name. She leaned in to us and said,

Robyn quickly slipped a bracelet on her wrist, and the girl looked down and said “wait – is this a joke?” None of us really could talk for a minute – so our friend (who’d been watching this all) leaned in and gave a quick recap of our story.

She looked at us again, and said “I’ll find you.” Then she disappeared into the crowd, and we haven’t heard from her since. 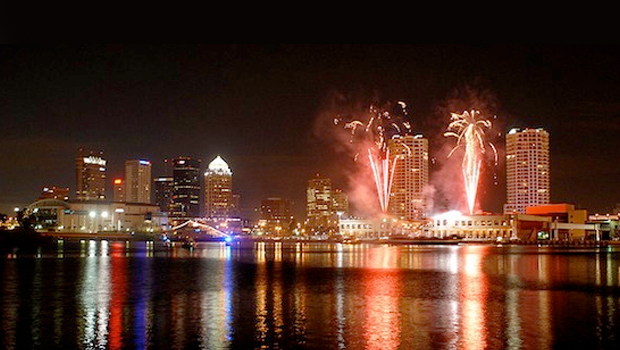 Today’s my birthday, and I’ve got one wish. Ezra lived exactly 800 days, and January 16th will be 800 days since he died.

I wish for us to sell 800 Because of Ezra bracelets by January 16th. I’d like to see Ezra’s name all over this country. Of course, any money raised will go to Because of Ezra – into research into a cure. Plus – we have a cool announcement on the 16th as well.

We’ll keep a current count at the link below! Thanks, everyone – you people make me smile every day.